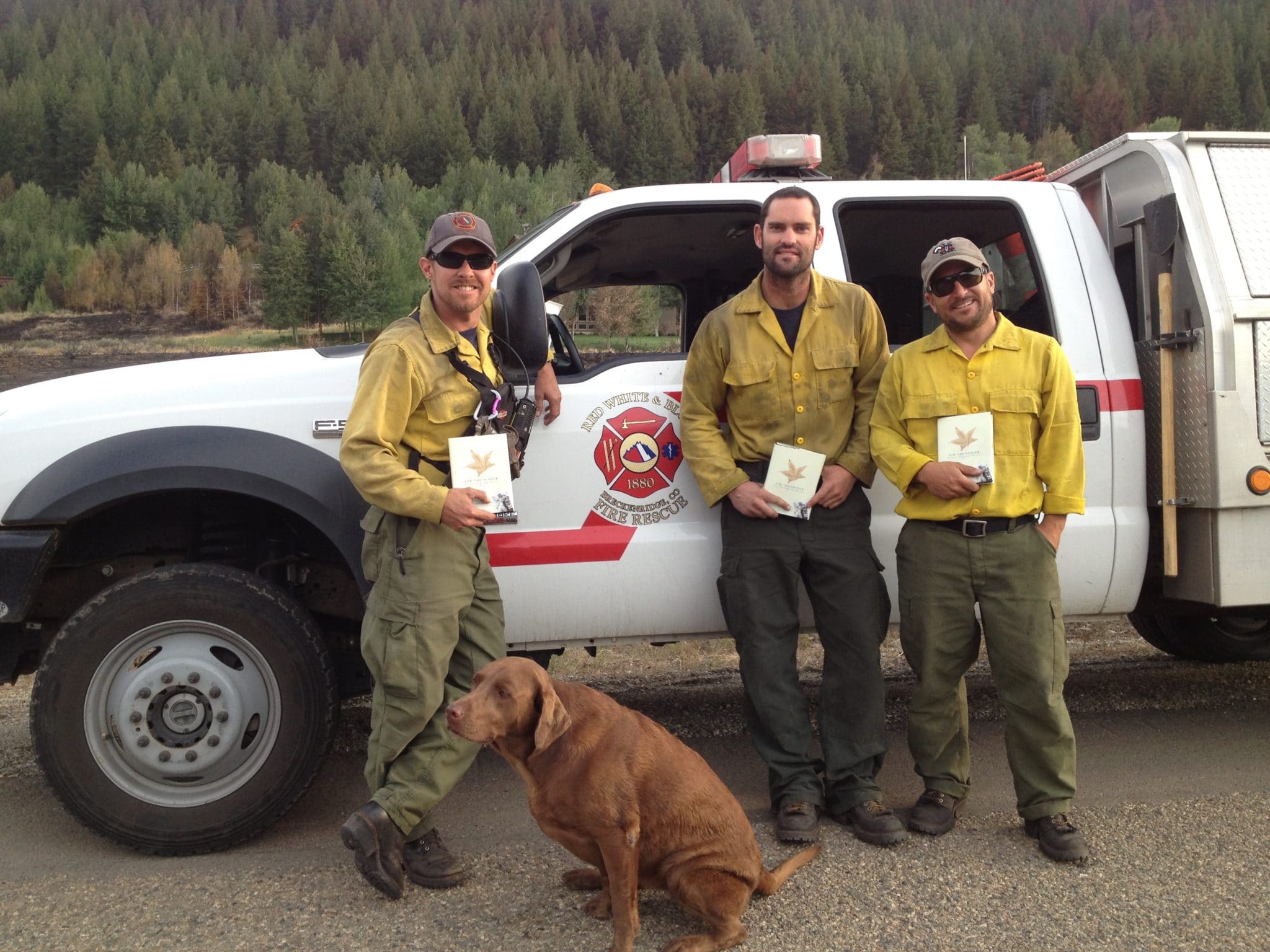 The morning after the fire, I clear away the outdoor chairs and tables and barbeque and whatever else doesn’t belong in the kitchen to where it does belong until I can see the floor, which I wash with bath towels soaked with water and then again with oil soap, and then again with water, until the black scuff marks fade and the pine grain begins to show. I scrub the walls to loosen the clinging smell of smoke but the burn stench still lingers in the paint and furniture and if I breathe deeply my lungs rebel and my vision clouds so Stella and I take a break and walk along the blackened road in front of the house.

There’s a single streak of green lodge pole pines on the hillside opposite the house, the only sign of life left in this burned-out gulch, and I’m going over the scenarios of why those trees would still be alive when a truck goes by, slow and cautious. The white and red and yellow F-150 stops at the corner and three men get out wearing charred black protective gear with streaks of the original yellow barely showing through. They stand there and answer questions from the nonstop barrage of cars containing the tragically curious people who’ve been driving up and down our road to look at all the damage and quietly establish their good fortune in hushed tones that it wasn’t them who lost homes and fences and ways of life.

A scene runs across my eyes of the Rockaways in New York the year before where there are cars overturned and buildings ripped from their foundations by a bitch named Sandy and I’m there taking a few photographs. And now I’m here standing in my own destruction and never again will I be a witness to someone else’s loss like this unless I’m there to help.

I approach the three firefighters and ask them about the trees and they tell me that when the DC-10 dropped fire-retardant on the houses some of the trees were hit too and stayed protected from the burn. I point to my house and ask if they were one of the crews here and they look at each other and say yes and the words don’t come right away and I don’t know how to thank them, because a word or handshake doesn’t seem like enough.

So I leave Stella with them and run up to the house and find the last few copies of a book I’ve written with letters and songs about beauty rising from the ashes and write thank you on the inside flaps and give them to these men as some small symbol of gratitude. But that still doesn’t seem like enough.

Walking back up the road I can see them against the deep blue sky backdrop as shadows standing on the ridgeline of the roof, defending the house with garden hoses. And this is what these men are. They are defenders, the same as the men and women who defend this country and this town and this street, defenders of a way of life, and this is why my gratitude runs so deep, this same gratitude I feel when I watch the national anthem before a football game in the confines of my living room where no one can see the thankful wet eyes.

And by the time I reach the back door and wipe the ash from Stella’s paws, I am asleep on an inflatable bed in a home office in Dallas when my host knocks on the door and says you might want to see this and I get to the television in time to see the second airplane hit the World Trade Center and within minutes the streets are filled with police officers and medics and hero citizens and these first-responders are also defenders, all of these civil servants are defenders deserving whatever gratitude we can muster, even through a word or a handshake or a few books.

But they can’t take the dog. 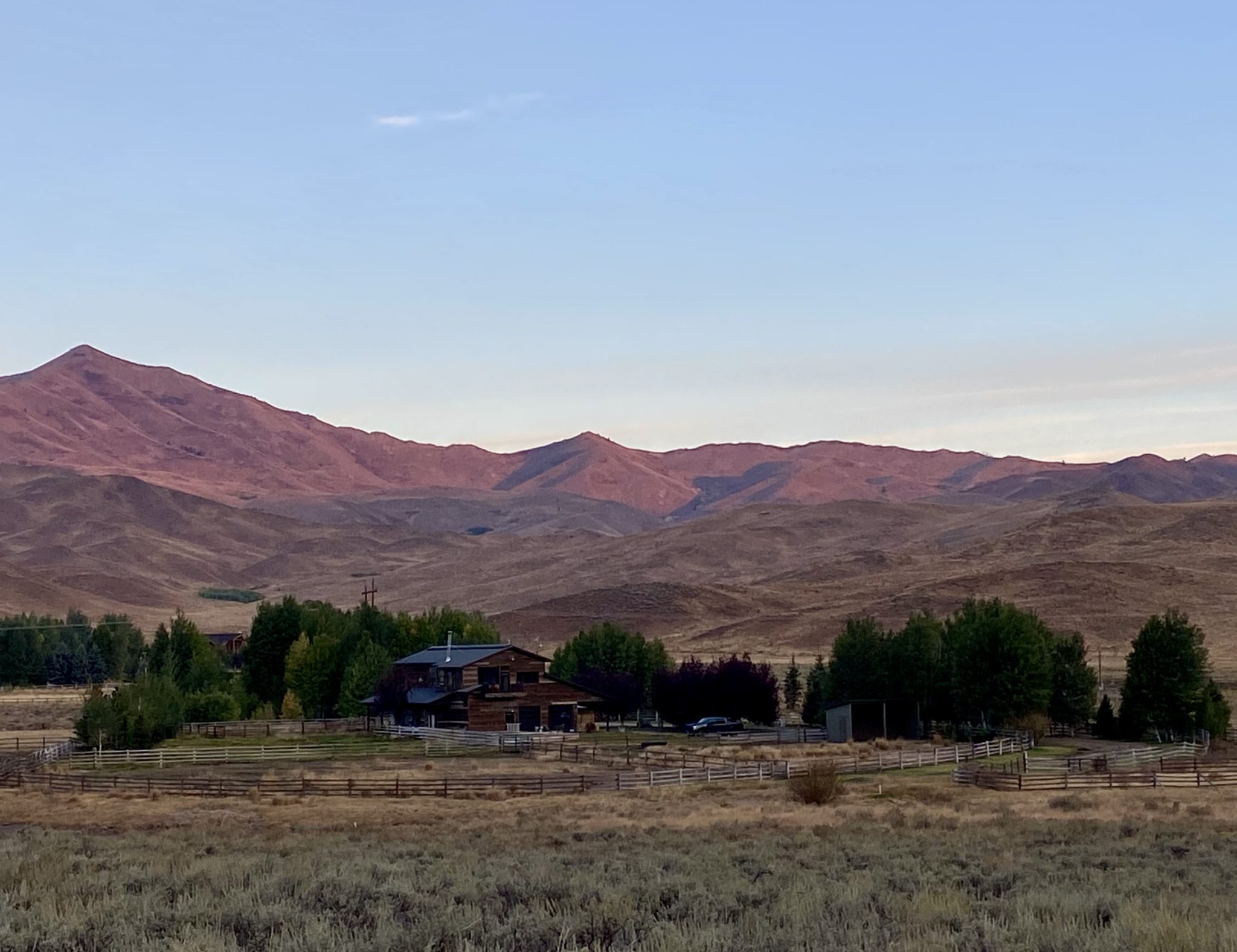 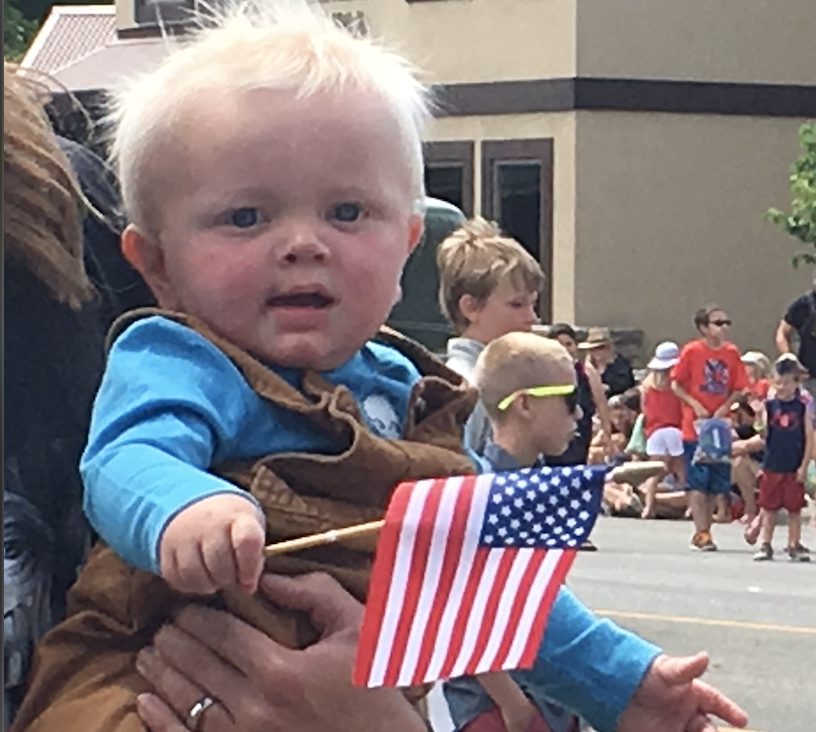 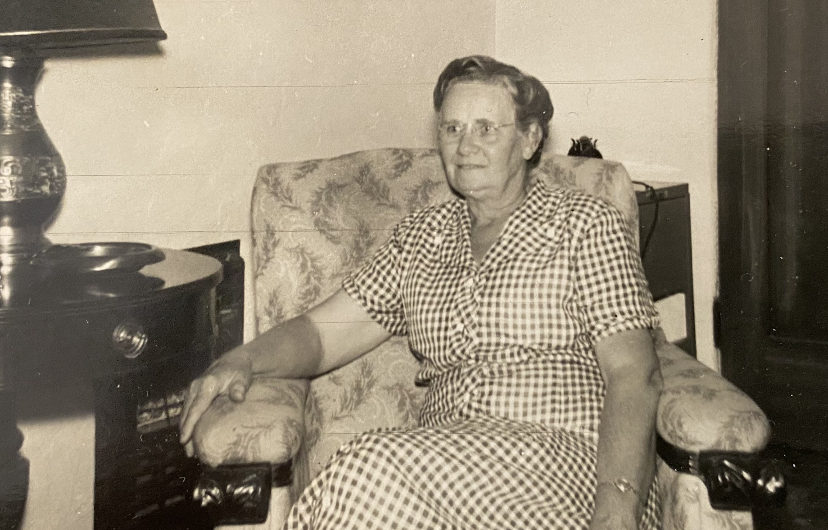 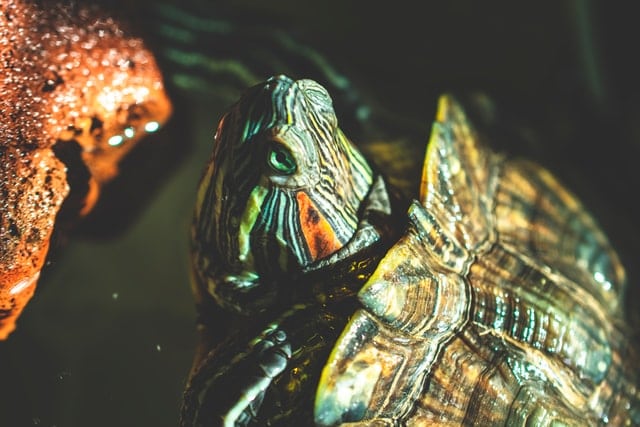 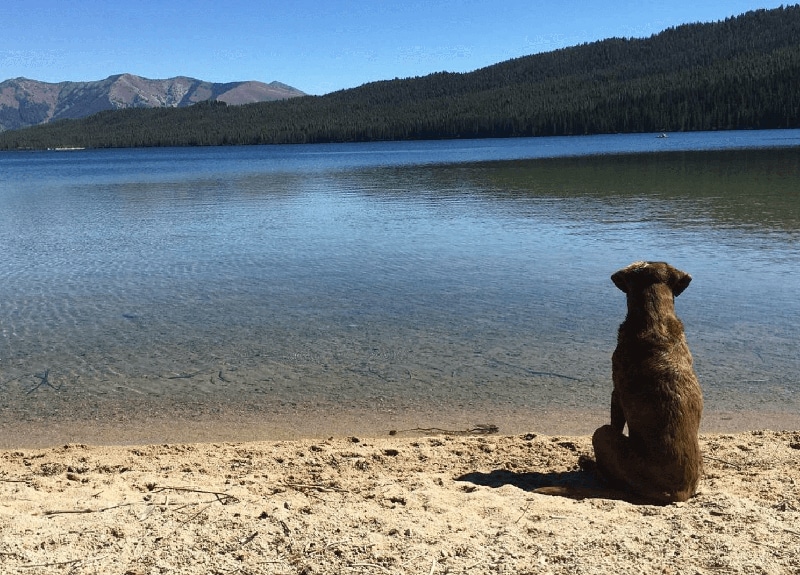