A Bonus Q&A with Sara Watkins 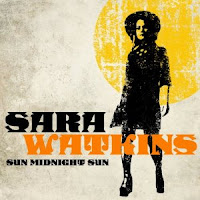 Here is more from my recent interview with Sara Watkins...Q: You’ve played some "FOR THE SENDER" music and book reading shows with San Diego-area singer/songwriter Alex Woodard. What has that been like? It has been really special, particularly because of the local emphasis on the whole project. All the musicians who worked on it are good friends of mine. We come from such different worlds that the odds of us all collaborating would conceivably never happen. Some, like Jon Foreman, I’ve done lots of stuff with. Never got to do anything with Jordan Pundik of New Found Glory and he’s a great friend. And Jack Tempchin - I didn’t meet him until it was through the project. He’s a really wonderful person to sing and write with. From the musical side, it was really lovely. On a creative side, it was wonderful. [Hearing] the stories of what these people went through, the letters and seeing how it all came together was pretty astounding for all of us musicians. I couldn’t believe that Alex pulled it off. Q: Last year you did some touring with The Decemberists. What did you take away from that experience? In Nickel Creek, the band I grew up in, we had really adoring fans [like they do]. We were so spoiled. I saw that same adoration in the Decemberists fans, which was sweet to see...It’s such a great band in terms of pleasing the crowd and not taking themselves too seriously in all the right ways. But still caring about what they do. Q: How did you decide to use Blake Mills as your new album's producer? I met Blake at a mutual friend’s house, who was having music gatherings every Sunday night. We played together there and he came down to Largo and we found ourselves onstage together a few times. He’s an asset to any group of musicians. Last fall, I was trying to figure out who I could have produce the record. I had no idea. There were certain directions I wanted to avoid, but didn’t know who the right person was. After a couple months hanging with him, I thought, ‘I should do it with him.’ He’d never produced a record all by himself. He had co-produced some things and is also the kind of musician who probably inadvertently produces things. A lot of times, people will defer to his opinions. This was the first time he’d taken on a project on his own. I was delighted. We had a great time and I’m really excited and pleased with the results. Q: Did your ongoing Watkins Family Hour shows at Largo play a role in the guest musicians on the album? Yes. We’ve gotten to know a lot of really great musicians [there]. Taylor Goldsmith is the one I knew least. He and his brother had come down to play our Christmas show. He was just hanging around the studio when we were trying to figure out this harmony part [for a song]. Neither my voice nor Blake’s was right for it. All the sudden, it was like, ‘let’s get Taylor.’ He had just left the studio. We ran out before he pulled away in his car, he came back to sing in like five minutes and left. It was great. Q: Where do you find inspiration for songs? It’s beginning to be a bit more broad. A couple songs on this album are not about romantic relationships. Q: Did the Dan Wilson-penned song on the album come about after you’d guested on his last solo effort? I’ve known Dan for a little while. We’ve played on a couple different things over the years. That song, Sean recorded with him and he loved. Then I asked Dan if I could record it. I think I pretty much told him I was going to. He’s been very nice about it. Q: Last year, you did that iPad violin lesson. How was that experience? I hope it’s been well-received. I haven’t checked on the ratings. It was a totally different thing for them because they are a guitar-focused application. They were trying something different. We tried to make it work with Sean as well so hypothetically a guitar and fiddle player could learn the same songs and play them together. It was challenging. Anytime you’re teaching something in a really detail-oriented way and you have to speak intelligently all day in front of a video camera, it’s kind of wearing. I’m not used to performing in detailed ways, other that trying to play and sing well. All of those are normal qualities for human beings to have; I’m not very good at it. Q: The new album cover has a vintage, sort of late 1960s vibe. We were looking at a lot of old posters in the studio and I really liked that look. We looked at old Clint Eastwood posters and didn’t end up going in that direction. But who can deny how great those things are. Q: You and your brother just appeared on the new Lyle Lovett album. Any other studio work coming out soon? I’m playing and singing on a new Kris Kristofferson record coming out. I’d never met him before. It was a tremendous experience.